In the spirit of spring time, I have found a great article on some of South Africa's best trail running routes available.  Here is Getaway Magazine's Top 5 Trail Running Routes in South Africa.

If you’re brave enough to tackle the rugged escarpment beyond the Cederberg’s furthest reaches, get ready for Oorlogskloof Nature Reserve. This little-known wilderness near Nieuwoudtville encompasses a network of craggy hiking routes in excess of 52 kilometres, making for mind-space running of the best kind throughout the year (except midsummer). The 15,5 kilometer Leopard Trap Day Hike is a technical two-hour run, or take on the annual 42-kilometer Spur Oorlogskloof Mountain Run in April for a one-of-a-kind experience. 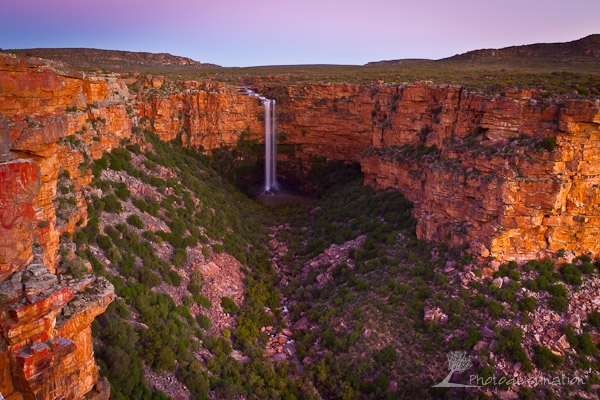 In the heart of Frontier Country, the laid-back village of Hogsback offers the perfect entry point into the Amatole foothills. Cape parrots and narina trogons flit about high in the emerald canopy of the indigenous forest, and any of a dozen day runs and hikes will transport you into a Hobbity wonder world of waterfalls, giant trees and mossy footpaths. Get in a morning quickie along Kettlespout Falls Trail (12 kilometres), or go the whole hog (excuse the pun) on the two-day, 100-kilometre Merrell Hobbit Trail Run in November.

Many trail runners still see the 100-kilometer Salomon Sky Run as South Africa’s ultimate off road endurance run. Originally pioneered in the 1980s by John-Mike Tawse (who ran the route over weekends to visit friends in the foothills of the southern Drakensberg), this self-navigated event takes you from Barkly East to the finish at Tiffindell Ski Resort. Along the way, you’ll need to face off against the elements – expect dramatic mountain squalls and deep snow – and pain-and-glory climbs.

Set in the dramatic sandstone cliffs of Krantzkloof Nature Reserve near Durban, the Molweni Trail Run is one of the new kids on the block. Wind your way through a heady mix of coastal forest, grasslands and rock outcrops to the Umgeni River, passing through the Molweni townships along the way. Part of the fee from the May race goes to community upliftment and conservation in the area.